APOLOGETICS:
WHAT WE BELIEVE AND WHY 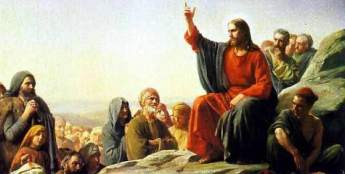 In light of Pope Francis’ visit to the United States, and all the interest it has generated in Catholicism, we thought it might be useful to provide some links to various tracts about our faith from the staff of the Catholic Answers, publishers of the well-known website www.catholic.com (an easy name to remember!)

Catholic Answers specializes in apologetics, which is a rather misleading term on the surface. Their tracts, publications, articles, and radio shows offer no apologies, just clear, rational rebuttals to various attacks on our faith, and explanations of its various doctrines. (Along these lines, one of the definitions of “apologetics” in Merriam-Webster’s dictionary is “a branch of theology devoted to the defense of the divine origin and authority of Christianity.”)

These tracts linked below provide a useful tool both for Catholics and non-Catholic Christians alike who wish to learn more about our faith and separate the wheat from the chaff concerning many common misconceptions about it. Catholicism has never had an easy time of it in the United States, a country steeped in Christianity but more in its Protestant and various Fundamentalist and Evangelical strains.

As late as 1960, for example, there was great suspicion as to whether or not a Catholic elected to the Presidency would show more loyalty to this country or to the Papacy and Rome. (Indeed “Romanism” is still used as a derogatory term against our faith even today by those who regard it as some faux Christian, anti-Biblical offshoot!)

Bishop Fulton J. Sheen once famously wrote that there were not more than 100 people in the United States who hated the Catholic Church but that there were 100 million who hated what they thought was the Catholic Church. He went on to say that “If we Catholics believed all of the untruths and lies which were said against the Church, we would probably hate the Church a thousand times more than they do.”

Sadly, many well-meaning Christians in this country still think of our Church not as the one that our Lord Jesus Christ established almost 2000 years ago (see Matthew Ch. 16) but as some Pagan derivative not fit for “Bible Believing” Christians.

Myths and misconceptions about Catholics abound. Examples of these include how we worship Statues and Mary, how we mistakenly think of the Eucharist as actually being Jesus (think of that! Yet what about John Ch. 6?), and how our doctrine of purgatory is just some unbiblical, money-making scheme.

For those Christians reading this who are not Catholic, we are providing this information not to make you feel defensive.  Rather, we hope these links to various tracts can help you clear up whatever confusion you might have about our faith.

Christianity is under assault in far too many quarters both at home, (from Political Correctness) and, more infamously, abroad, from ISIS and other Islamic extremists. Now more than ever we need to stand up for our Lord and Savior Jesus Christ, remembering how he died for our sins that we might have Eternal Life! May we not be silent for lack of knowledge (Hosea 4:6)!

We here at Our Catholic Prayers pray that the Holy Spirit may inspire you a heartfelt desire to learn more about Catholicism as you read this material, whether you’re Catholic or not!  And definitely, in any case, bookmark this page. Or even better, ﻿this one as well, the home page of Catholic Answers.

Note: The first of these links “Pillar of Fire” provides a good quick overview of Catholicism and is available in pamphlet form here. Also, there are many more tracts available on various subjects on the Catholic Answers website.

LINKS TO TRACTS GIVEN BY TITLE

Peter and the Papacy

Praying to the Saints

Christ in the Eucharist

The Institution of the Mass

Celibacy and the Priesthood

Grace: What It Is and What It Does

Starting Out As An Apologist