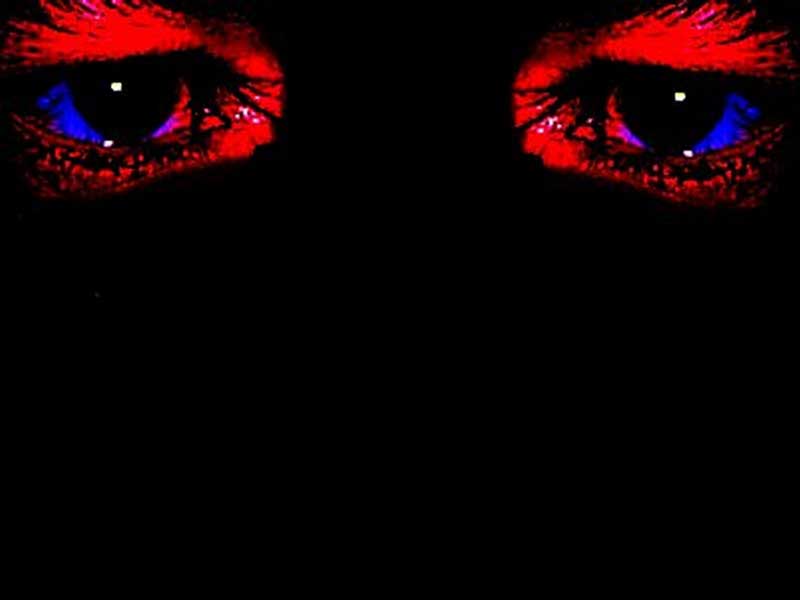 When we look at ISIS, it seems like the very powers of Hell are being unleashed on Christians and others of different faiths than these radical Muslims in Syria, Iraq, North Africa and the Middle East!

We’re seeing unspeakable scenes of murder and torture, along with numerous accounts of refugees fleeing ISIS controlled territories in Syria and Iraq. Whole communities have been uprooted with men killed, and women raped and sold into sex slavery, in part as a "reward" for the conquering forces of this new diabolical Caliphate. And what’s worse is that ISIS is flaunting their savage behavior.

Even the Nazis didn’t do that! Indeed, Heinrich Himmler, the leader of the SS, once called their barbarity in carrying out the Holocaust "a page of glory never mentioned and never to be mentioned."

Had the Allies not won World War II and liberated the death camps before the Nazis had finished their gruesome work; and had Hitler's minions, in their twistedly precise methodology, not kept meticulous records of their slaughter, we might only have been left with uncorroborated, sketchy accounts of their genocide to this day.

And yet ISIS posts and boasts of their diabolic executions on the internet and in their own glossy magazine. It does no good to say this isn’t real Islam. They think it is. Their murderous foot-soldiers hearken back to earlier times of plunder and conquest in the Ottoman Empire; and, before that, to the 7th-8th centuries when Muslim forces conquered vast swatches of territory in North Africa, Central and South Asia, and even parts of Southern Europe (such as Spain).

Some say that's the point, as if they're goading the world to take them on for their own martyrdom and bolstering of recruits as discussed in this article from the Atlantic Magazine last Spring.

And there are legitimate arguments over how exactly to respond. With military force? And at what level? I’m a catechist not a strategist, although I suspect sooner or later we might need to answer these challenges to Christianity and humanity-at-large with victorious force as in the fight against the Ottoman Turks at the battle of Leponto in the 16th Century.

In the meantime there are a few things you can do right now that can help to alleviate the hellish nightmare and misery unfolding before our eyes these days:

1. I’ve listed some links below to various charities that are doing yeoman, very courageous work to help the many refugees from ISIS. They are providing much needed food, water, and shelter for those whose only crime was being in the wrong place at the wrong time: Christians, Kurds, Yazidis and even other Muslims as well! These organizations linked below will gladly accept your donations of time and money, even if they're small.

2. Where possible seek out verifiable information about ISIS and encourage your clergy to take note and speak up and out about these atrocities. Make them known on social media as well.

I was recently in Montreal where I heard a priest who had heard the brave testimony from a Iraqi nun in Washington last month say he felt compelled to bring this to his parishioners' attention despite some of their objections.

Silence in this case is neither golden nor comfortable. If nothing else, we Catholics (and other Christians as well) must fight back in the war of ideas about our faith on social media and in our churches.

ISIS is making a pitch to too many disaffected and alienated young men throughout the world for them to have glory and meaning in their lives through this great battle against the Infidels. Is there no way to bring them to real glory and a loving sense of purpose, through serving our Lord and Savior Jesus Christ? Along these lines...

3. Educate yourselves further about Christ and His church. This is no time to be lukewarm or defeatist in the face of this truly Satanic challenge against our Lord. I've listed some links below for more online information about Catholicism, as well as its relation to Islam. Speak up for our wonderful faith, not with arrogance, but rather with love, patience, and accuracy!

On Catholicism and Islam:

4. Last but not least, pray and fast for the victims, martyrs, and refugees from this terrible blight on all mankind. You might also want to pray for their persecutors as well, as Jesus would have us do (Matt 5:44). This is an especially good time to seek out our Lord in the Blessed Sacrament, and to pray many rosaries as well.

And remember, in these dark days for Catholicism, Christianity in general, and, not coincidentally, the world, that God is still in charge, not Satan! Stay close to Jesus, especially now. There are many trials and tribulations ahead for all of us, but always remember that evil doesn't get the last word!

We may never understand why God permits evil to exist, but He always wants to draw good out of it. Help Him to do so by standing up for our faith and living it as fully as you can!