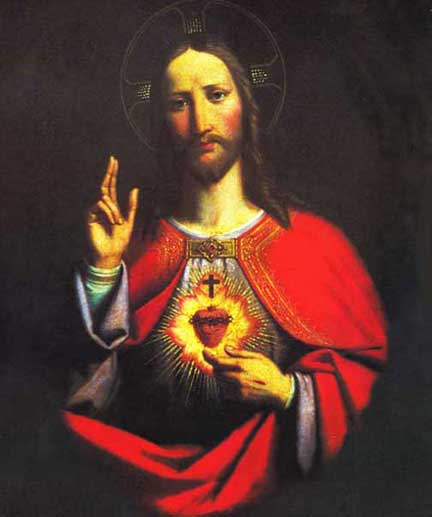 A while back I was in a Songwriting workshop when one of the participants, an elderly gentleman, played a song he wrote with an intriguing title: “Make God Smile”. I think about this suggestion from time to time in the midst of all the turmoil, hatred, and, not by any means coincidentally, people turning away from Christ and Christianity present in the world these days!

As an instructor in the RCIA program at St. Patrick’s Cathedral in New York City, I’ve had a tendency in classes there to call our free will that “Wonderful Horrible Thing”. It is wonderful in that it is God’s gift to us. The horrible aspect is how much we abuse it!

A God who loves us so much can’t make loving him compulsory, as if we would be captives rather than captivated! The Ten Commandments are meant to help us be at peace and love with God and our neighbor. Yet our fallen nature and proclivity to sin have caused so much rebellion against our Creator!

Indeed, Jesus sweat blood envisioning so much of humanity’s coldness, mayhem, and murder the night before His sacrifice for us on the Cross at Calvary.

He founded the Catholic church to be His mystical body, His bride, only to see her members running off with one ne’er-do-well after another in various heresies and cults. People tearing each other apart over the centuries over various disputes, religious and worldly, thinking what they’re doing is right.

He’s also suffered, as has humanity in general, from all those despots who sought to rise higher than God by not serving Him, much like Lucifer before he became Satan, thinking that they could be like Gods themselves! Think of Herod the Great in Jesus’ time. Or Hitler, Mao, or Stalin in the last century, among many examples!

And we've also seen so many people who either don’t care about what's right and wrong, or frame it as what advances their interests, whether this is objectively misguided or not.

They say, in effect, “Don’t give me that God stuff. I don’t need your rules. You’re all a bunch of hypocrites anyway. It’s what I say is right that counts!” As Pontius Pilate said to Jesus when our Lord told him of His mission to testify to the truth: “What is truth?” (John 18:38) What is truth indeed!!

What complicates things further in a significant way is how many of us become estranged from God when we get caught up in some whirlpool of sin!

How many times have you heard someone say, or thought yourself, “If God is so powerful why can’t He or won’t He, stop all the wars, thefts, sexual abuse, corruption, and other forms of evil in this world?” “If God is so loving, why must I suffer?”

The short answer is that while God desires our happiness and goodness, He will permit evil and allow us to undergo suffering, out of respect for our free will. But we are called to imitate Him in sanctity in offering up our sufferings for the good and salvation of ourselves and others, as discussed in part here.

So, what are we to do? For starters, try to make God smile. He puts up with so much from all of us. He suffered so much not just from, and for, those jeering mobs in Jerusalem almost 2000 years ago, but from and for us today as well, including me and you!

Why did our Blessed Mother shed tears when she appeared in church approved private revelations in LaSalette and Akita? Why did she seem rather solemn at Fatima? Because we wouldn’t listen to her Son!  And that “we” sadly includes many clerics as well, which has caused great scandal and harm to our faith.

None of us can ever fully comprehend God’s ways, yet we know He does wish to bring as much good out of bad or tragic situations as we will let Him. (Think of all the wonderful efforts of people helping victims of the various recent hurricanes, for example.)

Today, we are faced with challenges as to Christ’s Divinity as the Son of God, both from religious and secular sources. Yet, as mentioned earlier, Jesus Himself suffers from our suffering. He says in Matthew’s Gospel that, in effect, we treat Him the way we treat each other, for better or worse (Matt 25: 34-46).

What did He ask Saul before he became Paul, when that great saint and apostle first encountered Christ on the road to Damascus to arrest His followers? “Saul, Saul, why are you persecuting me [Italics added]” (Acts 9:4)?

God never meant for us to have such unhappiness but since the fall of Adam and Eve it is very much a part of the spiritual combat we face every day, as fallen human beings with a proclivity to sin.

Even St. Paul noting his own struggle within his soul to do good and avoid evil said ”I do not do the good that I want to do. But the evil that I hate is what I do" (Rom 7:15).

Obedience to Christ entails making choices that will not make us popular at times. No one knew that better than our Lord!

Again, as mentioned earlier, we can well ask with bewilderment and anger when faced with wars, corruption, gangland violence, murder, lawlessness, molestation, sex trafficking and other such hideous offenses why God doesn’t just put an end to all this evil!

The Psalmists in Old Testament times themselves asked God where He was in the midst of the mayhem they experienced. And yet, eradicating evil involves our exercising our wills to be in accordance with His, in following His Ten Commandments.

It is important that we who feel caught up or otherwise assailed in the midst of this spiritual combat between Christ and Satan, between the author of life and that of death (as shown in part by ISIS) between God and the ape of God, not to turn away from our Lord when faced with tragedies, such as the loss of a job or loved one, or when faced with illness or ill will, which so many people are these days!

Pray for His help in such situations, or at least for the grace to get through them, as often as you can. The Psalmists did so and inspired generations in the process.

The all too human response in the face of tragedy or wickedness is to either fold one’s tent and become numb through various forms of self-medication; or to just give in to evil and bitterness, turning your back on God, either willfully or not.

Acting out that kind of anger because you’re mad at God for allowing evil to occur only makes things worse! Turing your back on our Lord means turning your back on the graces and strength He wishes to give you to help you carry your crosses, to help you with misfortunes and tragedy.

To use an appropriate analogy these days, it means throwing back the life preserver He wishes to save you with in a flood, and replacing it with a stone as you drown in anger and animosity, risking losing your opportunity for true Eternal happiness and contentment with Him in Heaven one day.

If you’re focused on imitating our Lord as He emptied Himself for his Father (Philippians) by emptying yourself in humility by letting Him take over and work with you in dealing with life’s misfortunes, that will make Him smile. Strive to keep Him in your life in showing His love for others and by keeping His commandments. Cultivate a daily prayer life, even if it just means saying some short prayers or an Our Father every day.

Educate yourself in the faith through its teachings and writings about and by the saints. There are many classic books readily available in print and online. This site has much helpful information.

Turn to our Lord in Prayer, and frequent the Sacraments of the Eucharist (Mass) and Penance (Confession). These can especially help you absorb His graces so you can reflect His presence in good times and bad.

This all might seem like a tall order, but don’t think of it that way! Do what you can, when you can, but keep God in your schedule some way each day. And don’t be afraid to let Him know how you feel in your own words, good and bad as well!

Considering that we live in precarious times, staying close to God can help you put on what St. Paul called once His armor (Eph 6:10) in dealing with the “slings and arrows” of misfortunes to come.

Make God smile in little acts of kindness towards others where they can see Christ working in and through you. You might have heard the expression that God writes straight with crooked lines. In a world  saturated with evil, Help Him to do so!

And this above all, remember, give Him your trash, your anxieties, your struggles with pride and position and loneliness and insecurity. Don’t give then to Satan!

The famed archbishop Fulton J. Sheen once bemoaned wasted suffering, meaning that which we experience without offering it up to Christ as he did to His Heavenly Father, for the salvation of others and expiation for sins!

Don’t assume all is lost in the midst of the chaos, corruption, and evil all around us. Those who established the church while being martyred by the likes of Nero and Diocletian didn’t think so. Nor did Saints such as St. Athanasius in the 4th century, and St. Francis de Sales in the 17th, in times of great turmoil and heresy for the church. And where would we all be if those fighting Hitler in World War II didn’t do so with such dedication and perseverance?

Sometimes I keep in mind a verse from one of former Beatle George Harrison’s songs. Although he was not Catholic, he came up with a very good line in one of his songs entitled appropriately enough “Beware of Darkness.” “It can hurt you, make you sore and what is more, that is not what you are here for.”

Remember that, as mentioned earlier God constantly tries through us to bring as much light (good) as He can out of darkness (evil). The degree to which you can help those afflicted by various troubles, even if it's just in prayer, and to keep a sense of composure in your own trials, helps Him to do so!